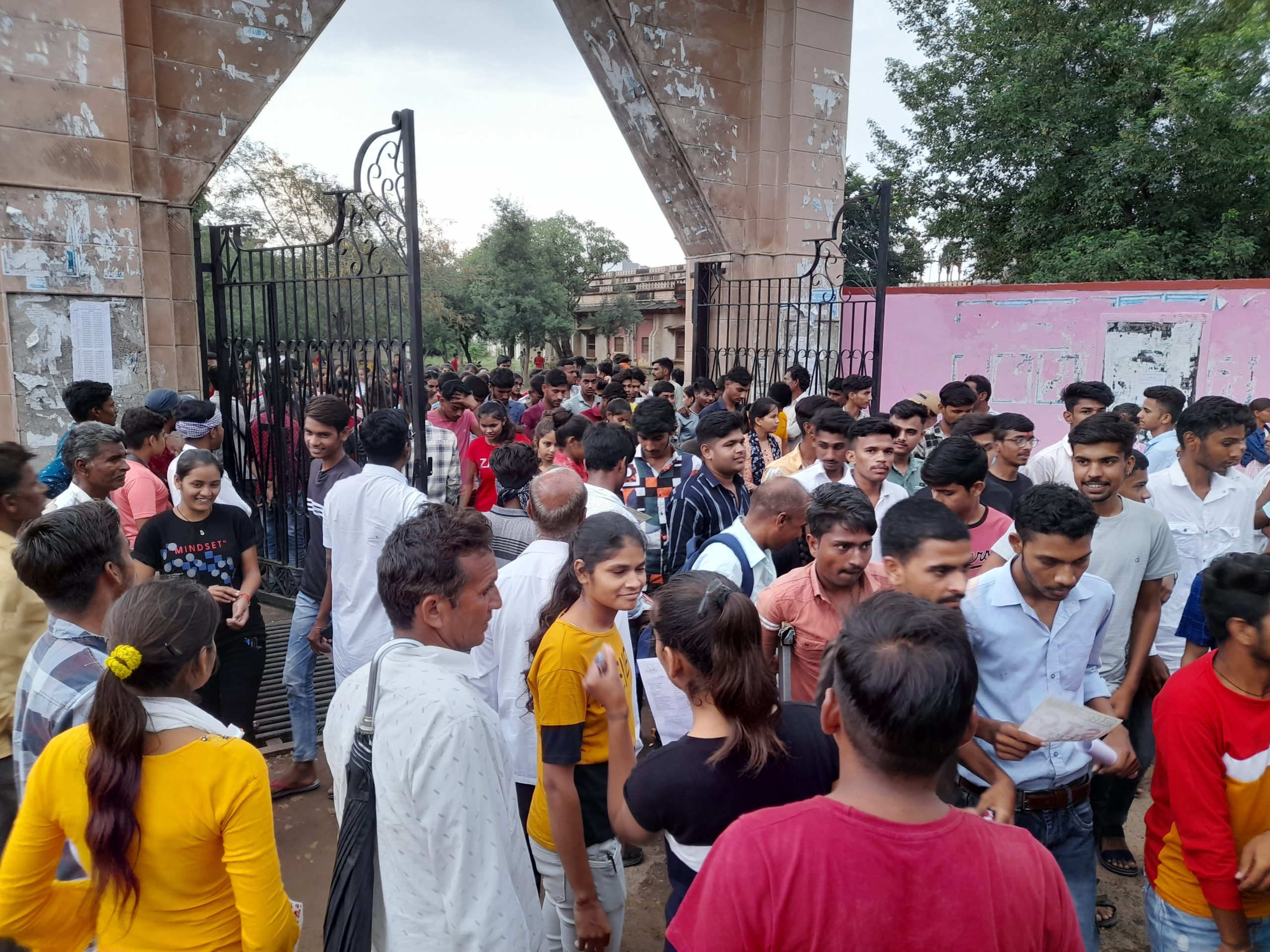 Examination nodal in-charge Sunil Gupta said that examination centers were set up in rural areas including Government College Jhalawar, Maharani Brij Kunwar School in Jhalawar city. Exams were held at these exam centers from 2 pm to 5 pm on Saturday. Due to the instructions to reach the center about half an hour earlier, there was a huge crowd outside the examination centers including Park, Jayaraj Park, located in the Garh campus in Jhalawar city, due to the arrival of the candidates before the examination time. As soon as the examination was over at 5 pm, a large number of students had to face traffic problems on the college road for some time. He said that out of 12 thousand 477 registered candidates in the district, 11 thousand 695 candidates came to take the examination.

Candidate Kanhaiya Lal said that the general knowledge paper was a bit difficult, while the examinee Dhapu Kumari said that the paper has come completely normal. He has prepared well. There is a paper of 600 marks, while there is no negative marking. The examination was completed peacefully, no case of copying came to the fore. During this, the students had to face trouble at many places due to rain.