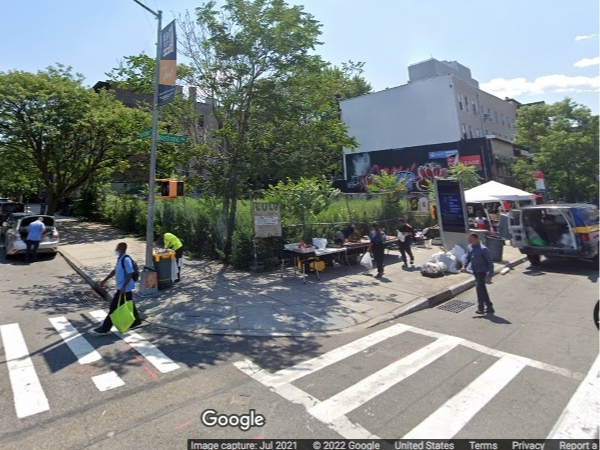 BED-STUY, BROOKLYN — A new seven-story building is on its way to an empty lot on Nostrand Avenue, according to reports.

Permits were recently filed for the 519 Nostrand Ave. complex, which would build 45 residences on the corner of Nostrand Avenue and Herkimer Street, YIMBY first reported.

Owners are listed as Mendel Fleischman of The Garden Bond on the applications, YIMBY said.

The building is one of several new residential complexes on the way to the neighborhood.

Aside from private developers, vacant lots will also be transformed under the Department of Housing Preservation and Development’s Bedford-Stuyvesant Housing Plan.

The department has earmarked five city-owned properties where it will build affordable housing developments as they aim to address displacement, specifically of long-time Black tenants and homeowners, in the gentrifying neighborhood.