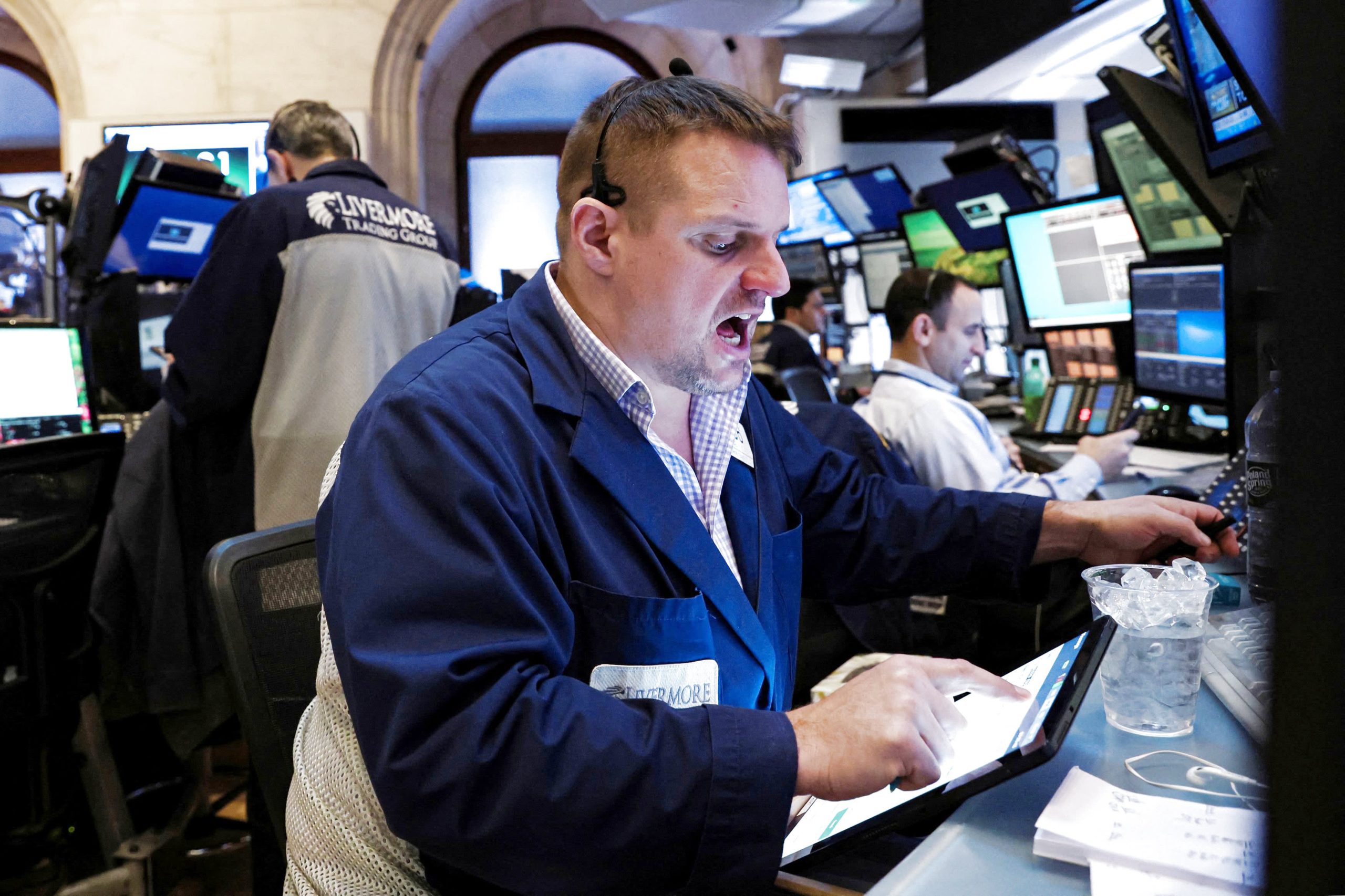 Here are the most important news, trends and analysis that investors need to start their trading day:

1. Dow futures cut sharp losses as $130 crude comes a bit off the boil

Traders work on the floor of the New York Stock Exchange (NYSE) in New York City, New York, US, March 3, 2022.

US stock futures on Monday cut more than half earlier declines, which saw Dow futures down more than 500 points at premarket lows. US oil also came off Sunday’s highs, which sent crude prices briefly over $130 per barrel. Russia claimed it would stop attacking four Ukrainian cities, including Kyiv, to allow civilian evacuations. Ukraine said Moscow is seeking to manipulate the cease-fire by only allowing Ukrainian civilians to evacuate to Russia and Belarus.

The Dow Jones Industrial Average, S&P 500 and Nasdaq all declined Friday and for the week. The S&P 500 and the Nasdaq were both in corrections, with the Nasdaq less than 3 percentage points away from a bear market, as defined by drops of 20% or more from recent highs. Investors also sold bonds Monday, sending the 10-year Treasury yield up to around 1.79%.

US oil prices backed off Sunday night’s nearly 14-year highs, trading Monday at a still-elevated level of roughly $118 per barrel. Traders are driving up crude on concerns about supply disruptions stemming from Russia’s invasion of Ukraine, now well into its second week. The US average for a gallon of gasoline topped $4 on Sunday, according to AAA, the highest since July 2008, not adjusted for inflation.

Spot gold topped $2,000 per ounce for the first time in 1½ years early Monday, before pulling back under that level, as investors rushed into the precious metal, which is viewed as a haven in times of geopolitical turmoil and as an inflation hedge. Gold futures approached $2,000 on Monday but have yet to breach that level.

Ukrainian and Russian flags are seen on a table before the talks between officials of the two countries in the Brest region, Belarus March 3, 2022.

A shopper walks past a Bed Bath & Beyond Inc. store

Shares of Bed Bath & Beyond more than doubled in Monday’s premarket after GameStop Chairman Ryan Cohen revealed a nearly 10% stake in the retailer, through his investment company RC Ventures. Cohen, co-founder of online pet retailer Chewy, wrote in a letter to Bed Bath’s board that he believes the retailer is struggling to reverse market share losses and to navigate supply chain woes. Cohen also wrote that Bed Bath & Beyond should consider strategic alternatives, including separating Buybuy Baby and a full sale of the company. Bed Bath & Beyond saw spikes to the upside several times in last year’s meme stock craze, but the shares previously were unable to hold on to those gains.

In his annual letter to shareholders released about a week ago, Warren Buffett complained he could “find little that excites us” in the equity markets. However a new SEC filing from Friday night revealed that Berkshire Hathaway is very excited about Occidental Petroleum. Berkshire owns 91.2 million common shares of the oil giant — worth $5.1 billion as of Friday’s close. The stock, which gained 18% on Friday and 45% last week, was up another nearly 7% in Monday’s premarket. Meanwhile, investor Carl Icahn has sold the last of what was once a 10% stake in Occidental, The Wall Street Journal reported.