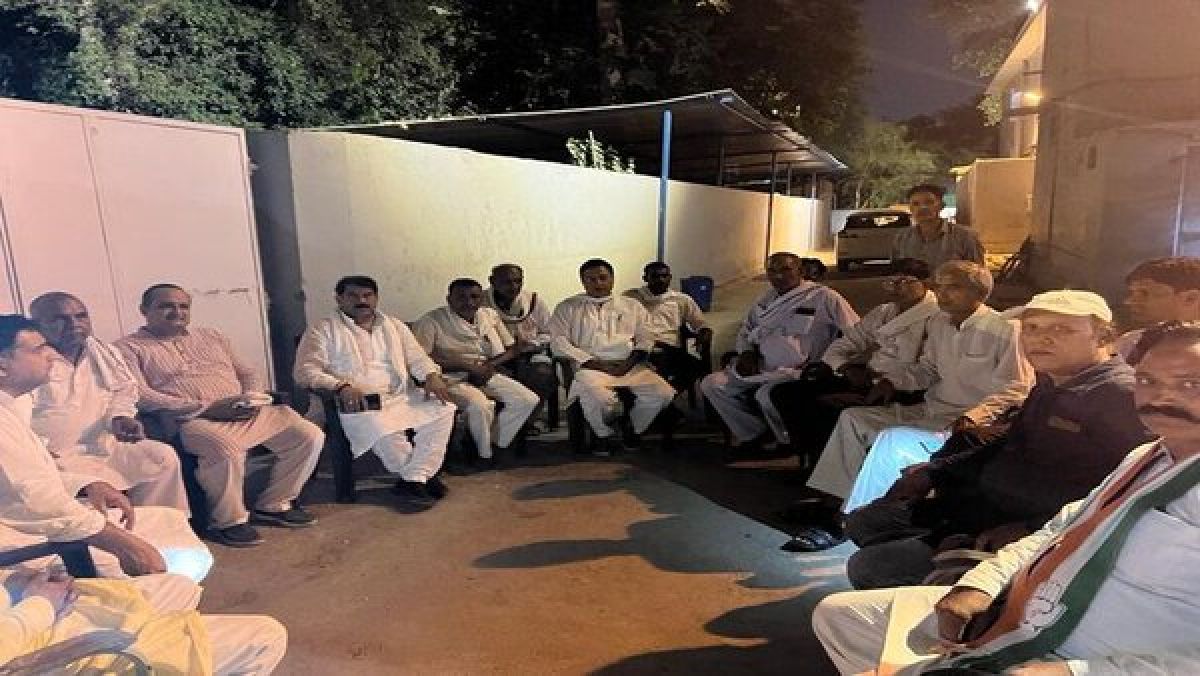 New Delhi, Jun 13: The Delhi Police on Monday detained 459 Congress workers and senior leaders, including Adhir Ranjan Chowdhury, KC Venugopal and Mallikarjun Kharge, for not following police directions for the maintenance of law and order in the national capital, officials said.

They also said that allegations of manhandling, injuries to protesting Congress leaders during police action will be diligently looked into.

Hundreds of Congress workers in Delhi took to the streets and several senior leaders were detained amid a massive show of strength by the party which had called for the Satyagraha march against the ED’s questioning of Rahul Gandhi in a money-laundering probe linked to the National Herald newspaper.

The opposition party alleged that some of its leaders were manhandled by the police and lashed out at the government for “not allowing” peaceful protests.

Despite being denied permission, Congress gathered for the protest in different parts of Delhi on Monday.

They were detained from the Akbar Road, where the Congress headquarters is situated, Q Point APJ Kalam Road and Man Sing Road and taken to the Mandir Marg, Tughlak Road and Fatehpur Beri police stations respectively.

However, police said that entry of 100 senior leaders and staff of the All India Congress Committee was allowed into the party headquarters through the Akbar Road and Maulana Azad Road roundabout whose list was to be provided in advance.

The Delhi Police said 15 Lok Sabha MPs, including Leader of Opposition Adhir Ranjan Chowdhury, 11 Rajya Sabha members, including KC Venugopal and Leader of Opposition Mallikarjun Kharge, five MLAs of different states and party functionaries were among the 459 people detained in the New Delhi district for not following lawful directions of police for maintenance of law and order.

All woman workers and functionaries of the Congress detained by the police have been released and suitable legal action is being taken against those who violated orders promulgated under CrPC section 144, a senior police official said.

“Complaints have been received about injuries to Congress leaders and workers during police action. But no such incident of use of force by police took place as per our knowledge and no MLC case has been reported so far,” said Sagar Preet Hooda, the Special Commissioner of Police (Law and Order, Zone -II Delhi).

“Still, if there are allegations of some manhandling during the detention the same will diligently be looked into for appropriate action,” he said. According to the police statement, adequate arrangements were made over apprehensions that a huge gathering of Congress leaders and workers may disturb the security and safety of the VIPs, ED office its officers, neighboring offices, residences and the public, etc.

“CrPC section 144 is already in force with effect from May 24 this year in the area thereby prohibiting the holding of any public meeting, processions and demonstration,” it said.

The AICC secretary, in a letter to the police, had assured that a crowd would not accompany Rahul Gandhi to the ED office. But as soon as Gandhi left 24 Akbar Road for the ED office, Congress leaders, functionaries and workers accompanied him in the form of a procession, the statement said.

For Breaking News and Instant Updates

You have already subscribed