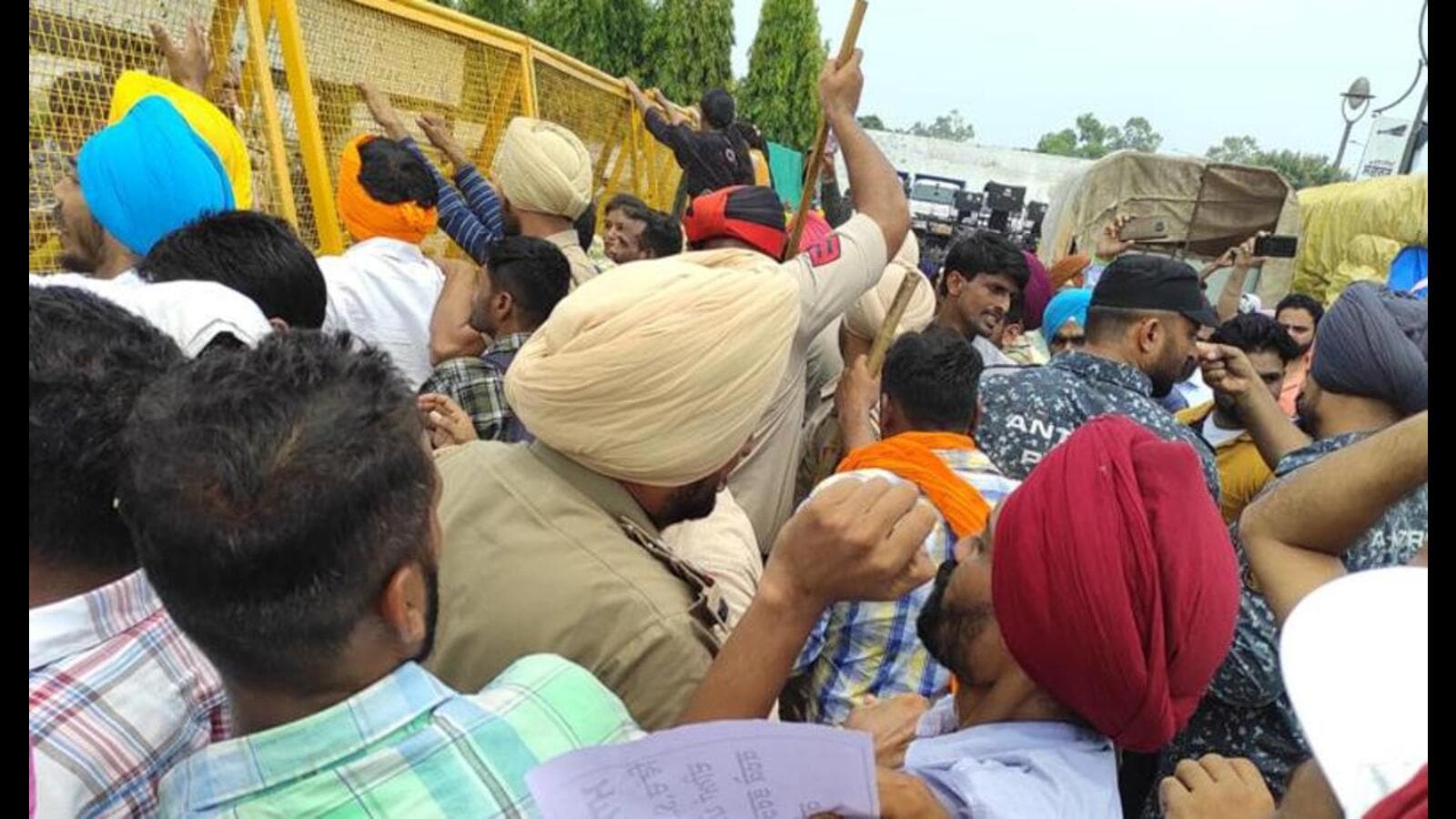 The unemployed teachers gathered outside the colony where the CM’s residence is located around 2pm and tried to break the barricade twice, but the police managed to stop them by using force.

Sukhwinder Singh, state president of the union, said: “The state government treat us like enemies. It has forced us to take to the streets for our rights.”