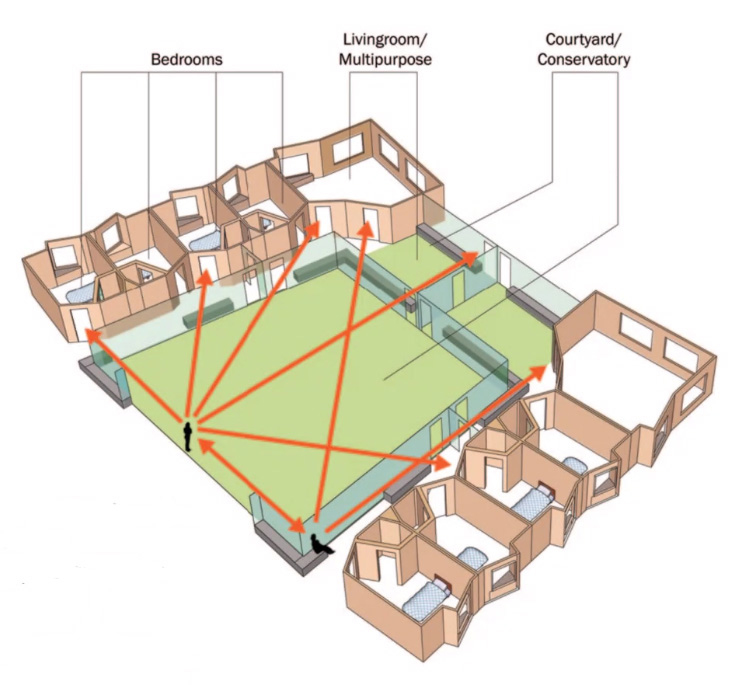 A company hired to perform a feasibility study on building a regional mental-health center in eastern New Mexico has envisioned a 35-bed facility that would cost between $15 million to $25 million.

Principals for Denver-based Initium Health gave some findings from its study during a Quay County Health Council meeting Thursday. Initium’s study involves the cities of Clovis and Portales, village of Fort Sumner and the counties of Quay, Curry, Roosevelt and De Baca.

James Corbett, a bioethicist and principal at Initium, said during a video conference with health council officials that “we think this facility is much-needed” – especially when many residents have to drive five hours for mental-health treatment. The only mental-health hospital nearby is in Las Vegas, which is at least a two-hour drive.

Laura Bergoth, a physician consultant for Initium, said her company spoke to dozens of entities in the region, including Tucumcari police and emergency medical workers and the Quay County Detention Center, about mental-health treatment needs.

Bergoth said the United Way of Eastern New Mexico in the coming days will apply to the US Health Resources and Services Administration for a four-year grant for $500,000 annually to help facilitate more mental-health care in the region.

As for the proposed facility, Bergoth said Initium drew from its experiences with other mental-health centers. It recommends a 35-bed facility with 325 square feet per room for a more “home-like” feel, open floor plans, plenty of outside areas and landscaping.

Corbett said such a facility would cost between $15 million and $25 million. He said money to build it could come from opioid settlement funds, partnerships, traditional loans or federal appropriations.

“We are very confident it can be funded,” he said. “The key concern is whether it would be sustainable.”

If the facility were in Clovis, that still would mean a 90-minute drive or longer for many residents of Quay County, said health council coordinator Brenda Bishop.

Initium officials replied the ideal would be a partner “closer to the community” that could offer crisis care for patients.