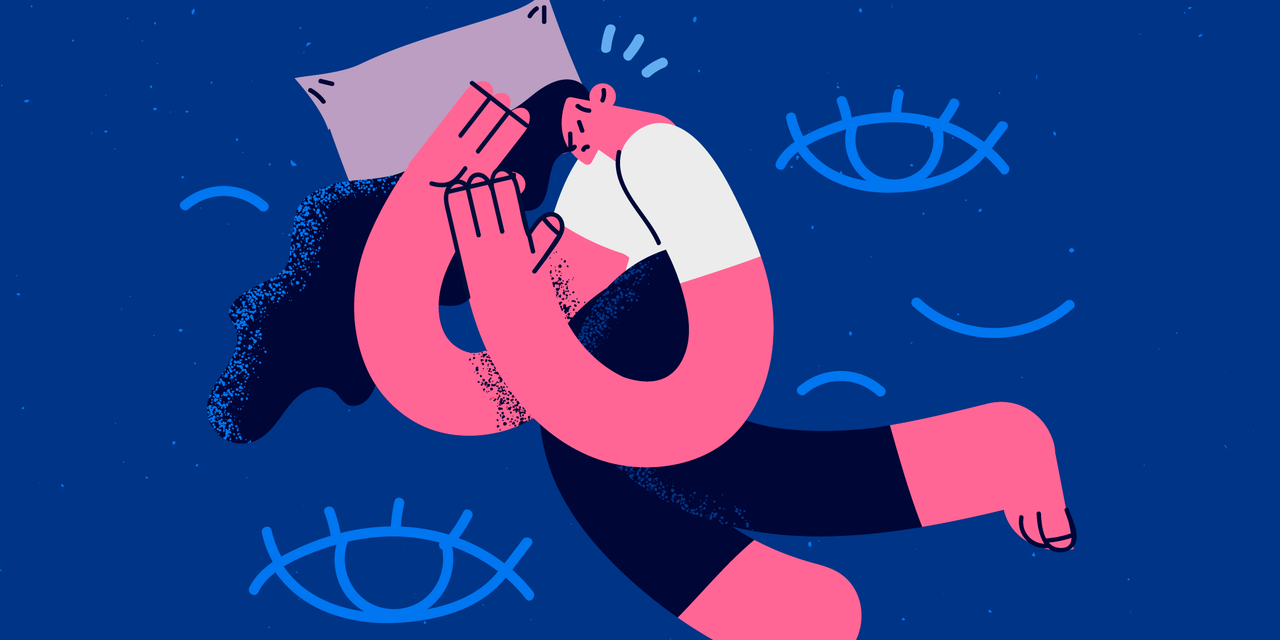 No one told me that when you become a mom, the middle-of-the-night wake-ups may not end when you get past the baby stage. My youngest is almost five, and I still have to go into his room at 3 am to listen to him recount his weirdo dreams.

Making matters more exhausting: After jolting awake—due to mom duty or some other nocturnal disturbance—I’ve struggled to get back to sleep. For a long time, lying awake in my bed while everyone else in my household was conked out led to anxious, distressing thoughts: I’d wonder how I could possibly get through my to-do list the following day while sleep-deprived, I ‘d worry that I’d never get back to sleep, or I’d ruminate on overwhelming sociopolitical issues that are impossible to solve on my own (especially from my bed).

I was doing what you might expect someone who woke up way before their alarm does: Get really stressed about the fact that they’re awake when they shouldn’t be. Also not surprisingly, that’s the exact wrong thing to do, Fiona Barwick, PhD, director of the Sleep & Circadian Health Program at Stanford University School of Medicine, tells SELF. So what should you do instead of freaking out that you’re not sleeping? We asked Dr. Barwick for her best advice on dealing with middle-of-the-night wake-ups so you can (hopefully) get back to sleep peacefully—without crying into or punching your pillow.

Recognize that your brain is overreacting.

As SELF previously reported, there are a lot of reasons why you might wake up at night: You’re anxious, you drank alcohol before bed, you have to pee, your partner (or dog) is snoring, you heard a loud noise outside —any manner of disruptions can pop your eyes open. “On average, adults wake up 10 to 12 times per night,” according to Dr. Barwick. If you’re awake for less than three minutes, you probably won’t remember, she says, which is why you don’t realize you’re experiencing most of these interruptions.

Sometimes, though, it can be hard to get back to sleep, and that’s okay. “It doesn’t mean your sleep is broken,” Dr. Barwick says. That’s important to remember, she adds, because it’s easy to spiral into catastrophic thinking, like, I’ll never get back to sleep and my day tomorrow will be ruined! In fact, we’re primed for these spirally thoughts: As you fall asleep, your brain shuts down front to back, starting with your frontal lobe, a region that influences your ability to reason and regulate emotions, Dr. Barwick explains.

When you wake up during the second half of the night (after the first three to four hours of sleep), you’re largely operating from your limbic system, which includes the amygdala, an area in the back of the brain that’s involved in emotional Responses like fear and anxiety, as well as the hippocampus, your brain’s memory hub. As a result, your emotional volume may get turned up, Dr. Barwick says, making it easy to ruminate about a high-school-era mistake, say, or the state of your inbox, or how worried you are about the declining whale population.