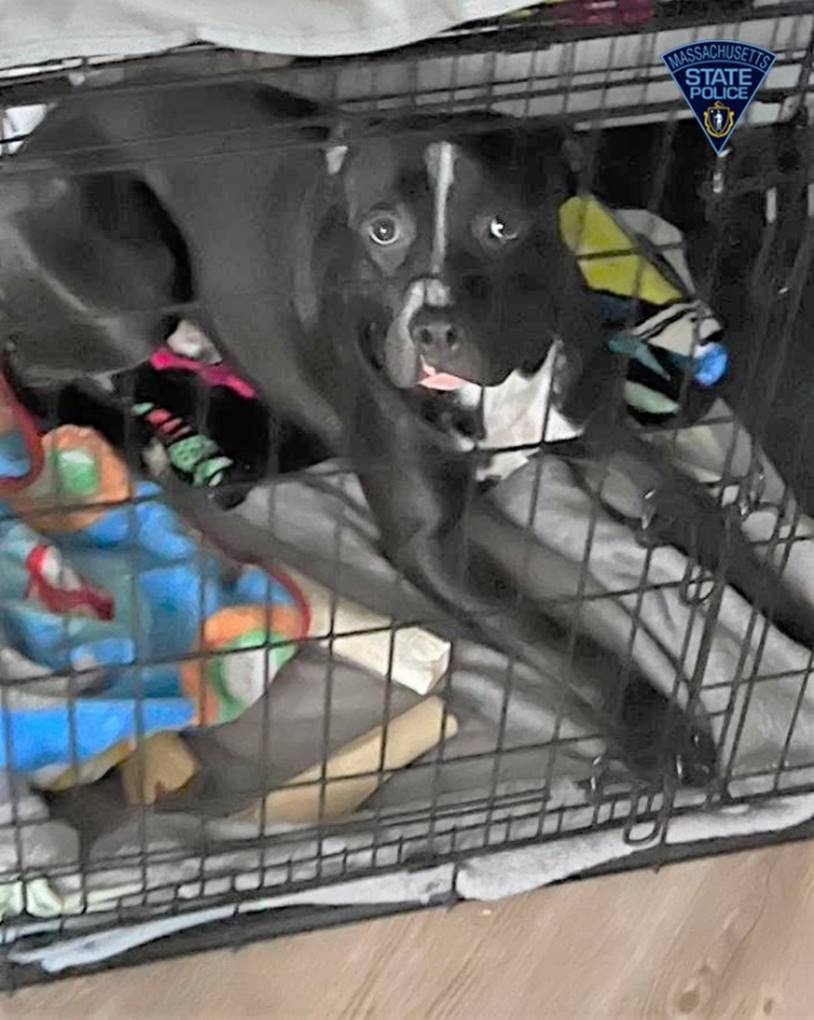 Two Lynn residents allegedly had a strange idea for bedding fill in the crate for their pit bull “Kilo:” hundreds of pressed-fentanyl pills.

Law enforcement officers arrested the residents of the Broad Street apartment — owners of Kilo the dog — Wednesday morning as part of a two-location raid connected to a multi-agency investigation into a North Shore drug trafficking organization.

Andre Wessley, 34, and Giselle Gonzalez, 28, were the residents of the Lynn apartment where law enforcement allege they seized 34 grams of fentanyl pressed into about 250 pills under Kilo’s bedding.

Police say that Kilo is friendly. He’s been placed in the possession of Lynn Animal Control who put him up at the North Shore Animal Hospital in Lunn.

At the same time, State Police troopers and Salem Police officers moved to arrest Joell Sosa, 24 at his Laurent Road apartment in Salem. At this apartment, law enforcement alleges that they saw “several pounds of marijuana in plain view.”

They then “obtained and executed a search warrant,” according to a Massachusetts State Police statement, and allegedly seated a loaded Beretta 9 mm pistol, a Glock .45 caliber firearm, two loaded 9 mm magazines, another 50 9 mm rounds and approximately 160 Grams of pressed pills that “field-tested positive for fentanyl-methamphetamine compound.

The trio will be prosecuted by Massachusetts Attorney General Maura Healey’s office.