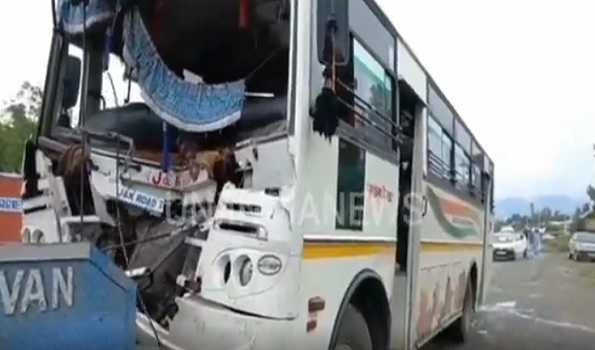 They said a bus carrying Amarnath pilgrims from Jammu had a collision with a Tipper dumper near Badragund area of ​​Qazigund in south Kashmir’s Kulgam district injuring at least 20 yatries, a few of them critically.

Among the 20 injured pilgrims, 18 have sustained minor injuries while two grievously injured have been shifted to GMC Anantnag for treatment, a traffic police official said.