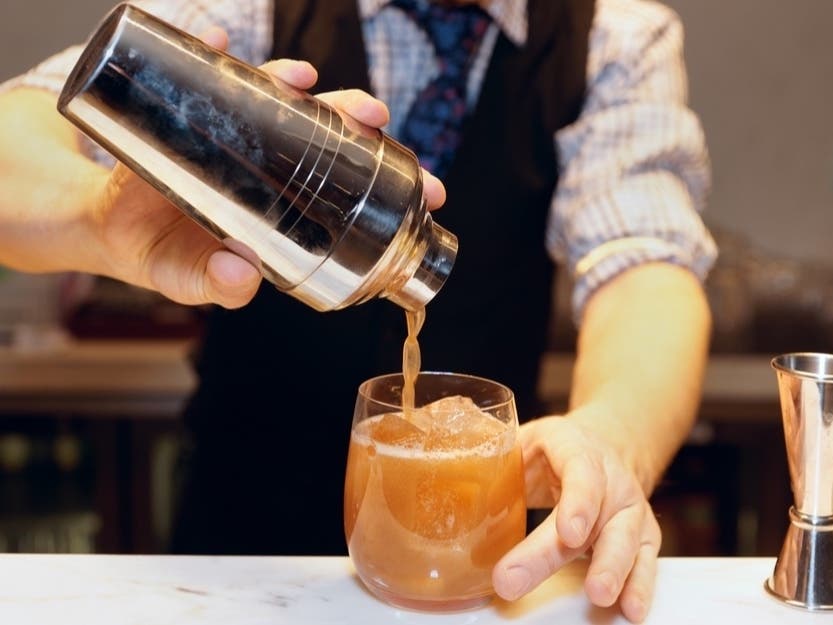 BED-STUY, BROOKLYN — A brand new cocktail bar in Bed-Stuy has already gotten enough buzz to be named one of the best spots in the city to grab a drink.

Oddly Enough, which recently opened on Tompkins Avenue, was one of two neighborhood spots that made Eater NY’s list of “NYC’s Hottest New Cocktail Bars” for April.

The food and drink experts praised the owners for opening a “sorely needed” queer space, complete with a line-up of specialty cocktails and “nibbles” to eat.

The second Bed-Stuy bar to make the list was All Night Skate, a Rockaway Avenue spot that pays homage to roller rinks and opened during the pandemic.

Only three Brooklyn cocktail bars were named in the ranking. The third is the Sunken Harbor Club, which sits above iconic Downtown Brooklyn restaurant Gage & Tollner.

Here’s what Eater had to say about each Bed-Stuy spot:

“Oddly Enough, a brand-new cocktail bar in Bed-Stuy, arrives at a time when queer spaces, and lesbian bars in particular, are sorely needed. Operators Laura Poladsky, a former employee at Eugene & Co., which formerly operated out of the space, and Caitlin Frame are going for a vibe that’s “fun, sexy, and warmly welcoming.” Here, that means booth seating, plates of tinned fish, and a cocktail list with drinks named things like Earth Baby and New Moon in Leo.”

“Though there is no actual skating rink at this nostalgic, bi-level bar, All Night Skate pays homage to roller rinks of yesteryear through its saved by the Bell-esque decor filled with skates and concession stand signs. One of the most fun bars to have opened during the pandemic, All Night Skate makes for an ideal spot to gather friends for birthdays or other celebrations, while sipping on one of its many playful cocktails, such as the mezcal and triple sec-based “Poppin’ Off” with a Pop Rock’s rim.”