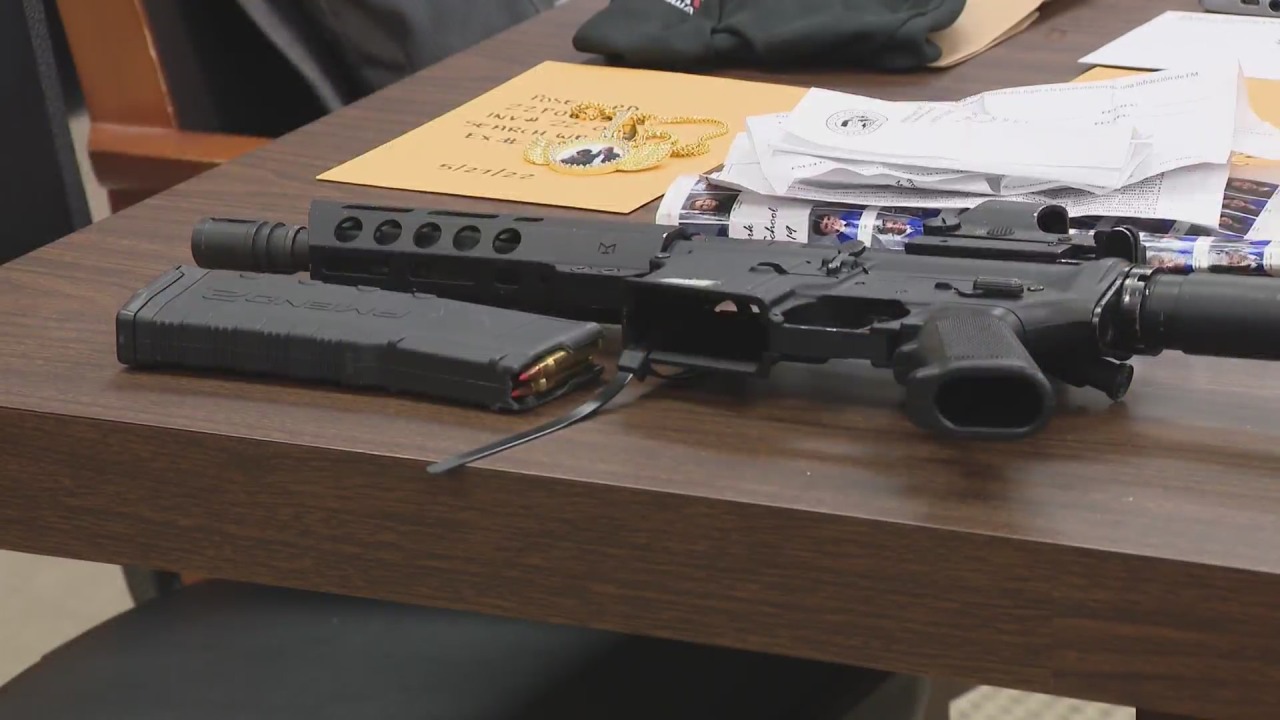 MARKHAM, Ill. — A man and a teen were arrested in Markham after police found an AR-15 next to the teen’s bed.

Police conducted a search warrant at a home on the border of Posen and Markham Friday morning and found a loaded AR-15, another firearm and several other items including cell phones they believe to be stolen from victims.

All of this evidence is connected to two people who they arrested in a home at the 14900 block of Sacramento Avenue which divides the towns of Posen and Markham. One of the men arrested was an adult who is out on parole. The other was a 16-year-old juvenile that police say is supposed to be on electronic monitoring, but he was not wearing his ankle bracelet.

Both were arrested in connection with a carjacking that happened last Friday night at a shell station in Poznań.

Police say they were able to track down the suspects with license plate reader cameras that were installed in just the last six months.

When the search warrant was conducted Friday morning, they expected to find some weapons but in the light of the school shooting in Texas, the discovery of the loaded AR-15 near the sleeping juvenile was alarming.

“It’s infuriating,” Frank Podbielniak, Mayor of Posen, said. “Especially after what just happened in Texas. This is the same type of assault rifle that just caused the death of 19 children, 2 adults and a grandmother if I am not mistaken.”

Both the adult and juvenile are awaiting charges. The mayor and area law enforcement say they feel like the arrests has made their community safer at least for the holiday weekend.