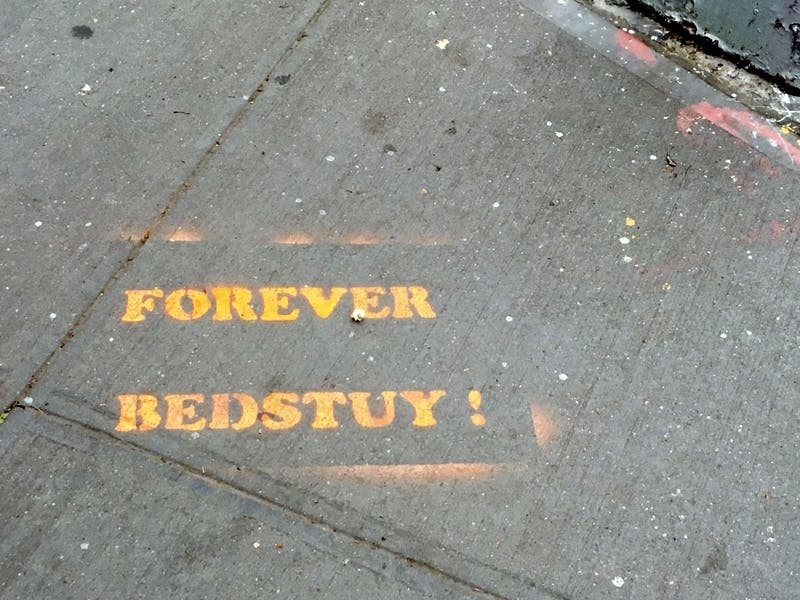 BED-STUY, BROOKLYN — An event at Herbert Von King Park this weekend will set Bed-Stuy up with its very own Olympic Games — but the objective goes far beyond winning medals.

“The goal is on getting our youth active and occupied,” said Roderick Washington, who organized the “Bed-Stuy Olympics” with his group Few Great Men.

“Bed Stuy is plagued with gun violence right now, and some of youth are apart of that. If we can get them to find the child in them again, if they can remember that they are our babies again, maybe it can help turn them away from that life and back towards home!”

The family fun day will include a series of old-school games like steal the bacon, double dutch, tug-of-war, freeze tag, Simon says, skelly and obstacle courses in the hopes of sharing childhood games from the 1980s and 1990s with the neighborhood’s young people, Washington said.

But the kids won’t be the only ones getting in on the fun.

Washington said the idea for the Olympics started at another Few Great Men event last year, when older neighbors watched their kids play “steal the bacon” after an Easter Egg Hunt decided to jump in and give it a try.

“We got in there and played with them and it was some of the best fun we’d all had in awhile,” he said. “It was more than just Steal the Bacon. It was teaching unity, strategic planning, healthy competition, shaking off the nerves, and having a good time!”

Soon enough, one of the parents, Lauren Sylvester, suggested expanding on the idea of ​​games for all ages in a neighborhood olympics.

“This will be our first of what I know will be many,” Washington said.

Here’s what to know:

WHAT: This event will include Steal The Bacon, Double Dutch, Tug-o-War, Obstacle Courses, Freeze Tag, Simon Says, Skelly, and more!

HOW: Few Great Men are taking monetary and equipment donations to help run the event. Volunteers are also needed. Find out more here.