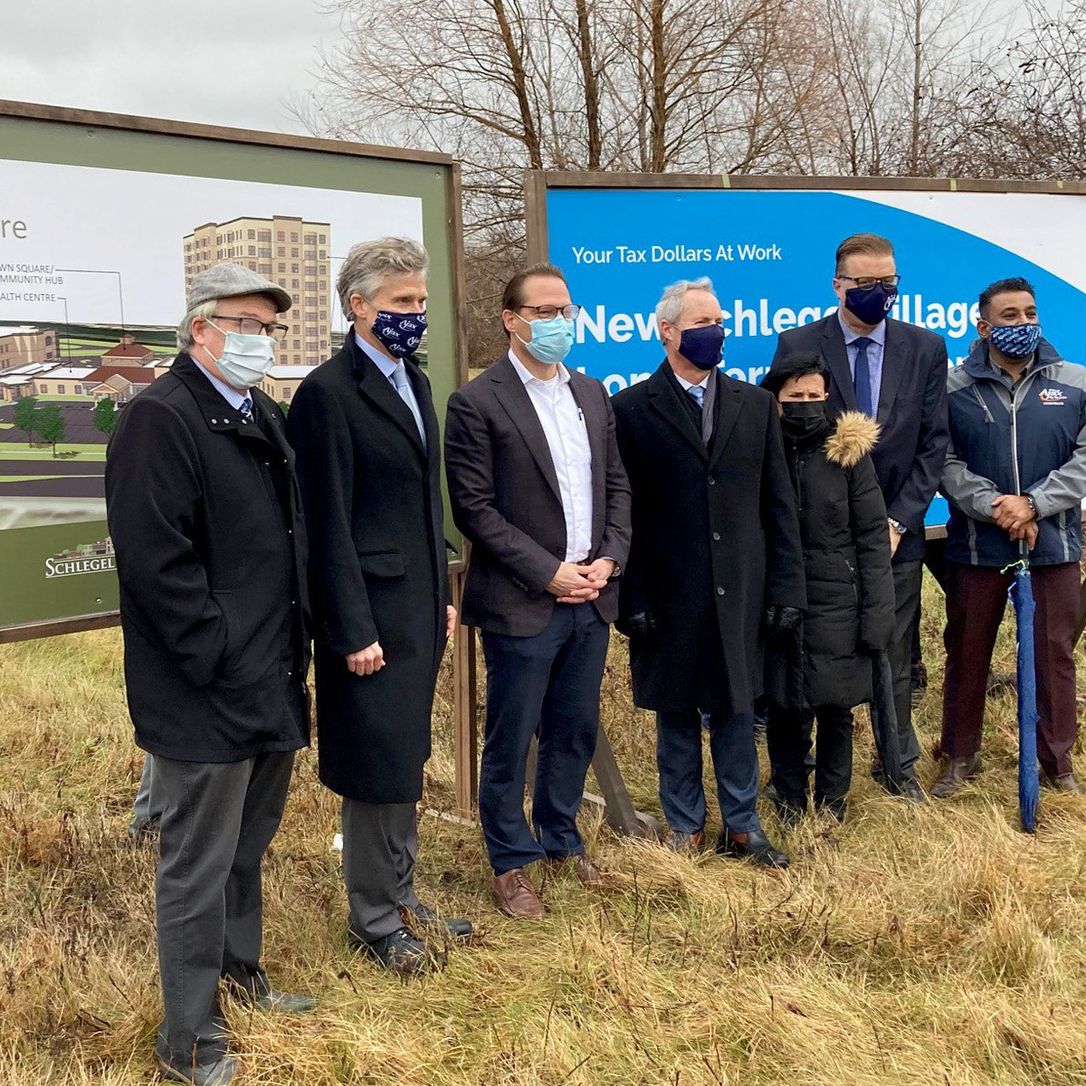 A new care home with 192 beds is being built in the north of Ajax.

The home is being built by Schlegel Villages, which operates 19 other long-term care facilities in Ontario, including the Village of Taunton Mills in Whitby.

Rod Phillips, Ajax MPP and Minister for Long Term Care, said, “Our government has a plan to fix long-term care, and an important part of that plan is building modern, safer and more comfortable homes for our seniors.”

“When Schlegel Villages Ajax is completed, it will be a place for 192 seniors in the community to call home, close to their family and friends,” he said during a ceremony to announce the new facility.

It will be on Harwood Avenue North near Woodcock Avenue. Next to the site is the planned location for the new Grandview Children’s Center.

James Schlegel said: “This is an exciting day and it has been going on for a long time. We are very happy to be in this location near the high school, a mosque and the children’s center. “

Schlegel said the company hopes to start construction next year and open the house by 2023.

Ajax Mayor Shaun Collier said: “This is a great, great day in Ajax, despite the weather. Everyone is so excited about today’s announcement. That is good news. “

Collier said the “192 beds are essential to enable seniors in Ajax to stay where they belong. These beds are so badly needed here. The community is aging and we need it. “

With the construction on the planned property, Schlegel said: “Our seniors will be at the center of the community, where they should be and not be pushed aside.”

Phillips noted that the Durham area has one of the longest waiting lists for people admitted to long-term care facilities.

He added that 636 new long-term care beds will be added in Ajax, including the Schlegel Villages location. The others are 320 beds in the house under construction next to Lakeridge Health’s Ajax Pickering Hospital and 124 in the Chartwell Ballycliffe Long-Term-Care Residence. Another 100 care beds in Ballycliffe will be upgraded.

Phillips said the government also plans to hire 27,000 new long-term care home workers, including PSWs and RPNs. The goal is to hire 4,000 people by the end of the year, he added.