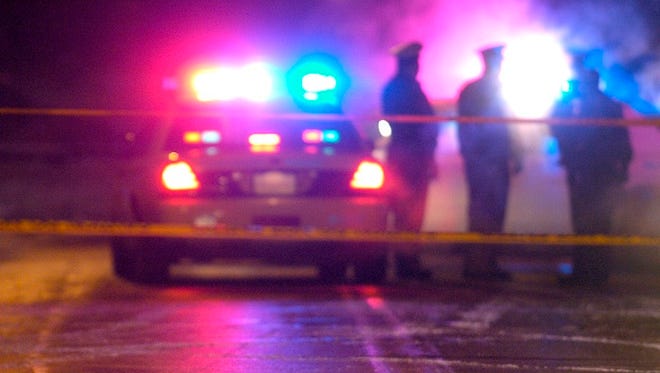 Police are searching for a 15-year-old boy Wednesday after he shot his father and fled his Forest Park home, police records state.

Damon Robinson, 45, was found with a gunshot wound to his stomach at his residence on Holgate Drive just after midnight early Wednesday morning, Forest Park Police reported.

Robinson was taken to the University of Cincinnati Medical Center and is expected to survive.

An investigation report states the teen was arguing with his father about going to bed.

Robinson left the room they were in and the teen followed him, shooting him in the abdomen, then the teen fled the residence on foot, police said.

The teen faces a charge of felonious assault. As of Wednesday afternoon, Forest Park police said he had not been caught. Investigators have not said whether they believe he is armed.

The teen, whose name has not been released, has no prior record in Hamilton County Juvenile Court.

A woman and 17-year-old spoke to 911 operators reporting the shooting. “My stepson shot my husband,” the woman said.

The 17-year-old said there were six total people in the home, including a 5-year-old child, and most of them were hiding in an upstairs bedroom, according to Enquirer media partner Fox19.