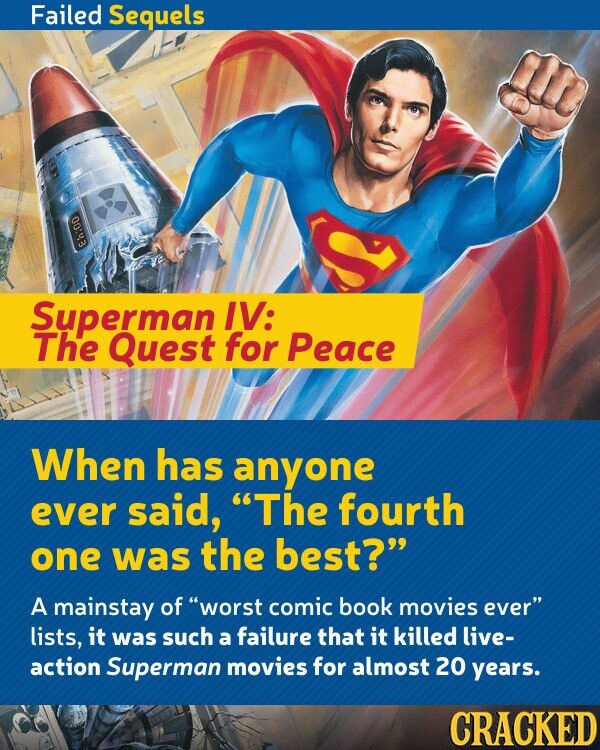 Studios foam at the mouth as an original’s box office numbers climb higher and higher. They might even get on the phone that opening weekend to get the ball rolling on a sequel. And why not? They know it’ll come with the original’s built-in audience, so sure, it might cost them more to pump out a follow up, but the returns are basically a slam dunk! Right?! Come on guys, right?! Well, not for these entries.

These bad boys cost way more than their original, and made a hell of a lot less. Sometimes, luckily enough, they just managed to make their money back, but there’s a lot of losers here. And we’re never one to wish ill on any project, but when they don’t even hide the fact that the sequel is a cash grab, we’re cool with them taking a hit. For a myriad of reasons, these 15 sequels just crapped the bed, and we’re here today to find out why.

‘Superman IV: The Quest for Peace’