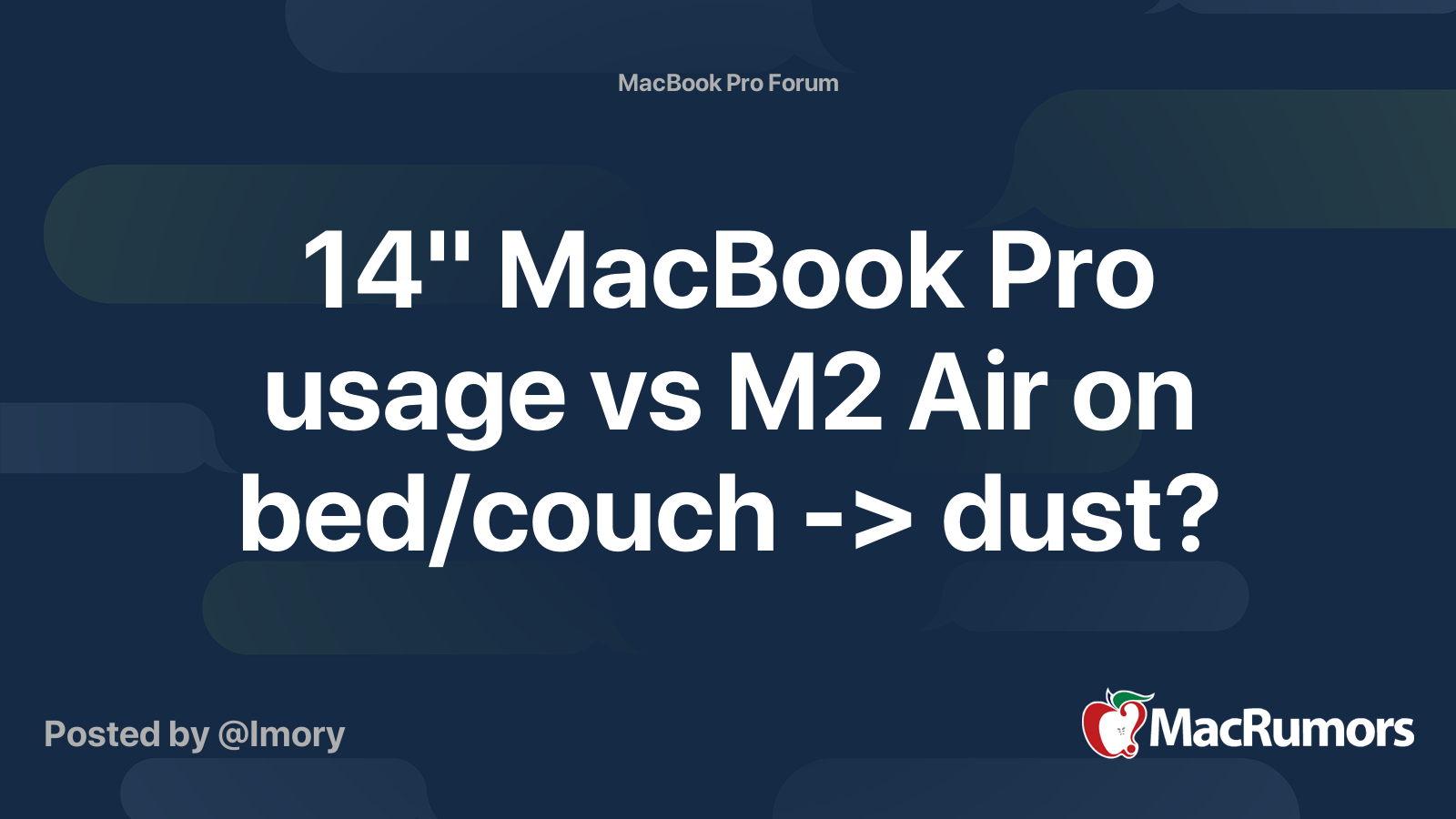 I realize it’s a funny title, but I recently bought a 14″ MacBook Pro (16 GB/1TB) to replace my aging 2013 MacBook Air. While it has been an excellent computer it is starting to feel its age and really needs to be replaced . However, my question to all you current 14″ Pro users are if you can comfortably use the 14″ on your bed cover or let it be on the couch without suffocating it? Since the inlets/vents are on the bottom to pull air, I’m concerned that it might be suffocated since I mostly use my current 2013 Air in bed by letting it lie on the bed cover.When traveling, I always prefer to let it lie on the bed when watching Netflix/Youtube and that has never been an issue since the 2013 Air is fairly sealed.

I tried out the new M2 Air and the fanless design would really puts those (absurd) concerns to bed (no pun intended). The 2013 Air has no bottom vents so I’ve never really been concerned regarding dusting and just the outright accumulation of it.

If anyone else out there is debating this between the M2 Air and the 14″ Pro, feel free to let me know. I’ve pretty much already accounted for all other differences, but this one seems to be flying under the radar and I’ m concerned about the dustin/overheating aspect of letting the Pro lie on a surface which can really block the vents.