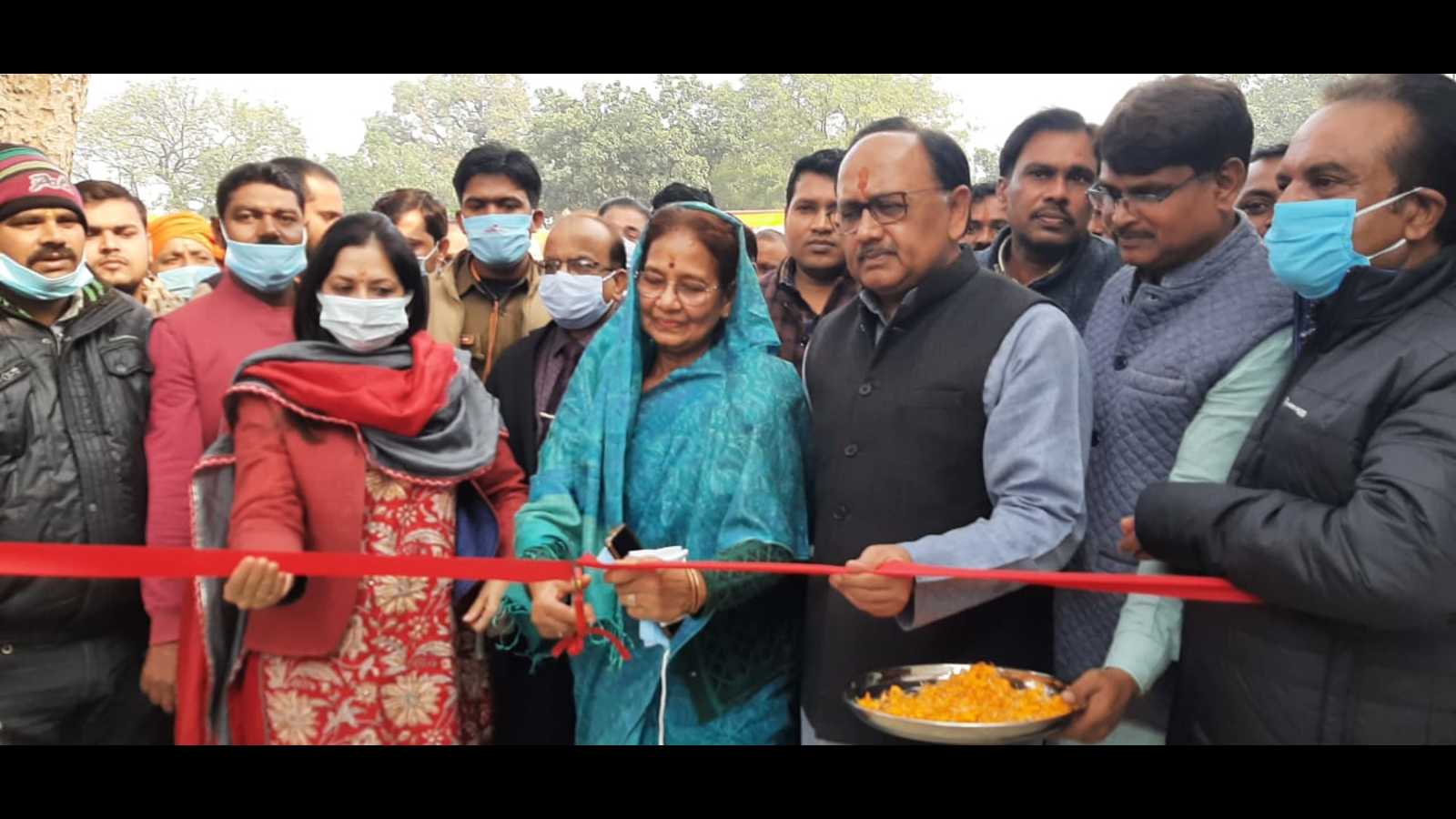 PRAYAGRAJ: In an important step towards dealing with the third wave of the coronavirus outbreak, UP Cabinet Minister Sidharth Nath Singh and MP Keshari Devi Patel from Phulpur inaugurated a 100-bed hospital in the district’s Bhagwatpur block on Sunday.

During the opening ceremony of Sardar Vallabhbhai Patel Hospital, the minister said that the 100-bed hospital built during Kumbh-2019 was praised by ambassadors of Australia and Germany who visited it. “Since then, I’ve wanted a permanent hospital here. OPD services have started in the hospital while the rest of the facilities will start soon, ”he said.

According to Singh, construction work on the hospital began during the Corona period. The special thing about this 100-bed hospital is that it has its own oxygen system. In addition, an oxygen tube was connected to each bed to ensure that there would be no lack of oxygen or problems with caring for needy patients in the event of an emergency.

So far, residents of Bhagwatpur Block have relied on Tej Bahadur Sapru (Beili) Hospital or SRN Hospital, both in the heart of Sangam City, around 20 km away, for appropriate treatment.

Singh, who is the Allahabad West constituency MLA who falls under the Bhagwatpur, said the past 40 years of neglect of the area have changed in the past five years.

He said that for 70 years since independence, the people of Allahabad West’s 56 villages have had to cross the city and move to Kaudihar for better facilities as the area has been severely neglected.

“But in 2017 I said that if you sow caste and religion you will reap the same, but if you sow development and progress it will come to you and I kept my promise,” he added.

He announced that as part of the Bamrauli cluster, four parks, e-rickshaw stands, the beautification of 10 ponds and the construction of a minibus stand in Bhagwatpur at a cost of around. were carried out ₹100 million euros. “A vegetable market for the farmers and a multi-purpose hall will be built in which the farmers will have a seed center. A state girls’ inter-college will also be built soon, ”said Singh, adding that the development will not stop.

Prayagraj CMO Dr. Nanak Saran announced that two doctors, a pharmacist and a nurse are currently stationed in the hospital. The hospital’s staff and facilities would be expanded in the coming weeks, he added.