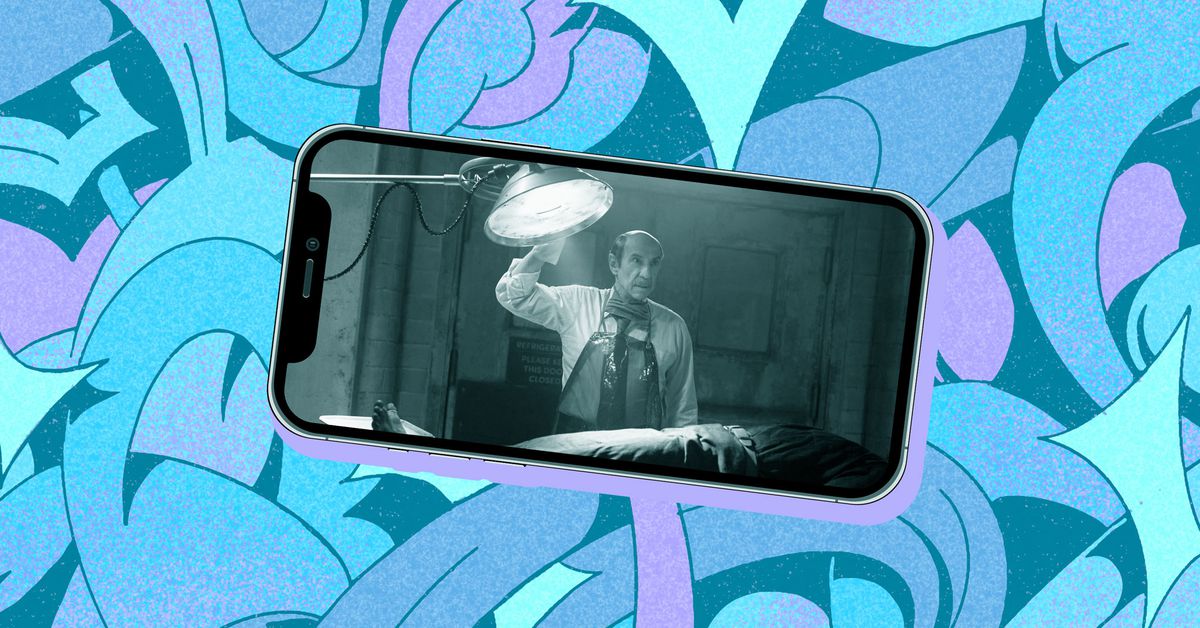 There’s more streaming competition than ever, but even still, Netflix remains on top when it comes to both breadth and scale. Put simply, there is a lot to watch on Netflix, to the point that even seemingly big-name series and films can get buried by the algorithm that’s trying to show you the latest in reality TV. So to help you out, we’ve curated 10 excellent new titles that run the gamut from zombie thrillers to stop-motion family movies to an incredible whodunit.

The well-known streaming service offers individual subscriptions for $7 a month with ads and $10 a month without ads, as well as more premium tiers that allow for 4K resolution and additional users.

With Cabinet of CuriositiesGuillermo del Toro (The Shape of Water, Pan’s Labyrinth) has curated a terrifying anthology of hour-long episodes from some of the most exciting folks working in horror. There’s a fun romp about killer rats from Cube director Vincenzo Natali, a very trippy sci-fi story from Mandy director Panos Cosmatos, and even a short about the horrors of beauty products directed by Ana Lily Amirpour (A Girl Walks Home Alone at Night). This being a del Toro-helmed collection, there are, of course, also a few Lovecraft adaptations. What’s most impressive about the anthology, though, is how it’s both incredibly consistent (there isn’t a miss amongst the eight episodes) and extremely varied, showing just how many different ways there are to approach a scary story.

Love, Death & Robots is a collection of animated science fiction shorts that can get both pretty weird and pretty gruesome, and the third season from this year is arguably the best yet. It includes a terrifying story about sailing alien seas from David Fincher, an unsettling piece about a siren tracking a deaf soldier from Alberto Mielgo, and my favorite, a Moebius-inspired fever dream called “The Very Pulse of the Machine” from director Emily Dean . And in an age of hour-long prestige dramas, it’s refreshing to binge a series where everything is less than 20 minutes long — and manages to pack a lot into those short runtimes.

The charming first season of Russian Doll is a tough act to follow. It put a new spin on the Groundhog Day formula, in which Nadia (Natasha Lyonne) died on her 40th birthday repeatedly until she teamed up with another looper named Alan (Charlie Barnett) to figure things out. Season 2 picks up a few years later, and ditches the loop for a time travel story where riding the MTA can literally take you back in time. It takes a little longer to get going, but once things click, the second season is every bit as compelling as the first, without forcing you to hear “sweet birthday baby” every 15 minutes.

I thought I was sick of zombie shows until I watched All of Us Are Dead. The Korean series breathes some new life into the genre by mixing undead horror with classic high school drama. The show follows a group of students trying to survive an outbreak while trapped in their school amidst their flesh-eating peers. This means that, in the middle of all the heart-pounding escapes and tragic deaths, there’s still blossoming teenage romance, discord among the jocks and nerds, and even some humor to cut the tension. It’s a combo that works really well, and turns All of Us Are Dead into the kind of show that’s hard not to binge — you just have to see what happens next.

Glass Onion: A Knives Out Mystery

Netflix made a big bet when it scooped up the sequels to Knives Out, and at least initially, it seems to have paid off. Glass Onion is the kind of sequel that just makes everything bigger, from the ensemble cast to the mystery itself. It once again sees Daniel Craig pick up his questionable Southern accent as the detective Benoit Blanc, and this time he’s invited to a murder mystery party hosted by a tech billionaire played by Edward Norton. Of course, the fake murder party eventually turns deadly, and watching the pieces fall into place as Blanc solves the mystery is very satisfying. Just as importantly, it’s a lot of fun, with some hilarious writing and ongoing jokes that really pay off by the end.

the House might look like a cute and fuzzy stop-motion movie, but it’s something much darker. The film is split into three stories, each of which tells a different tale about a specific house and the people (and animals) who lived in it over the years. You start out with its creation, before settling into a renovation decades later, and eventually shifting into a future apparently decimated by climate change. It’s not exactly horror — don’t expect any spooky monsters or jump scares — but there’s an unsettling tone lurking beneath the surface of the Housewhich makes its cuddly aesthetic all the more disarming.

It’s a good year for del Toro on Netflix. In addition to his horror anthology, he also helmed a stop-motion musical adaptation of Pinocchio. It is, as you’d expect, nothing like the Disney classic. Instead, this version of Pinocchio is kind of like a family-friendly version of Pan’s Labyrinth, a combination of childlike wonder, heartbreaking drama, and the sinister backdrop of rising fascism. (It’s not subtle — Mussolini even makes an appearance.) It also just looks incredible, with a world that looks like it was carved from wood by a master craftsman, including a completely unique take on the titular character.

It’s not very often that director Henry Selick releases a new movie — the last was Coraline in 2009 — and his latest already feels like an instant classic. for Wendell & Wild, he teamed up with Jordan Peele (nope), for another dark stop-motion tale, this time about a young girl with special powers who makes a deal with a pair of demon brothers. It’s a story about trauma and loss (familiar subject matter for Selick) that also takes a stab at the prison industrial complex. So there’s something for everyone.

Netflix had a surprisingly good year for original anime releases, and the most memorable might be Thermae Romae Novae, a goofy time-travel story about an ancient Roman architect who is obsessed with bathing. In each episode, the architect, Lucius, finds himself stumped by a design problem, but then is mysteriously transported to modern-day Japan, where he’s inspired by our futuristic bathing technology and uses it to create something new in the past. It’s both extremely silly and heartwarming, and there’s even an educational aspect: each episode ends with author Mari Yamazaki, who wrote the original comic the show is based on, visiting a Japanese hot spring or public bath to learn more about the history and culture of bathing

Puzzle box TV shows saw quite the resurgence in 2022, thanks in part to the likes of Yellowjackets other severity. Netflix’s answer to the trend is 1899. From the creative minds behind Darkanother Netflix series, 1899 starts out as a ghost ship story before steadily spinning into something much stranger and more complex. It’s hard to say too much about what happens to the multinational crew without getting into spoilers, but suffice to say that the show throws a lot of different mysteries and narrative threads at you, and it’s not until the final episode that it all actually makes any sense. But it’s definitely the kind of show you’ll want to pay close attention to; everything from the costumes to the set design is a clue as to what’s really going on.